So it turns out that travel agencies are actually really good marketers. When I heard we had an opportunity to go to Zanzibar, I was like, “Score! Tropical island beach holiday, get in my face!” The posters make it look like Phi Phi island in Thailand, or Boracay in the Philippines. Maybe I didn’t go at a very good time of year, but it was fairly dull and muggy.

It’s amazing what a few effects can do to a place – so maybe I’m not that great at editing photos, but it still looks like a pretty idyllic place to visit

Actually, I know I didn’t go at the right time of year – we were literally the only foreigners in the little village of Jambiani. It was a quaint little village, where you can really get in touch with the culture there, especially if you go when it’s only local cultures around.

When I told my English Grandmother that I was going to Zanzibar, she warned me of all the dangers that have been broadcast on British television; I was warned to cover up (which I completely respect: it is a Muslim island after all), and that I should be prepared for violence towards foreign women. It was quite dramatic. The truth is, when you go to a foreign country, it is more than polite to respect their culture and traditions, so I’m glad I at least found out what they were, and packed a pair of longer trousers for the Zanzibar leg. 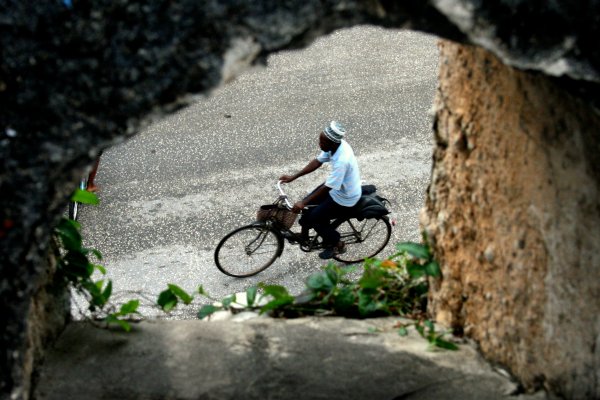 We may have gone at the wrong time of year, but at least wearing trousers in that weather was still somewhat bearable (any hotter would have been unpleasant). It was incredibly muggy, just heat and humidity clinging onto your skin, and it had the vegetation to go with it. There was lush green jungle pretty much everywhere. We went on a “village tour” which included the guide showing us his veggie patch in the jungle behind the village, and we were taught all the medical properties of plants we will never see again. I didn’t learn about any history of the village or anything else you may expect from a guided village tour. But hey, that’s an experience in itself, I guess.

On our last day, before we took our overnight ferry back to Dar Es Salaam, we took ourselves on our own little walking tour of Stone Town, the other side of the island. There was life there, so much life bustling through the truly cultured little spice town. There were  boys playing in the ocean and in the parks, workers milling around, shop owners offering “good price” on an endless amount of boho/gypsy/comfy pants in every pattern imaginable. And, of course, the African artwork that you will never see the end of if you go anywhere tourists may be passing through anywhere in Africa.

As is custom, there weren’t girls running around in their swimming costumes, but the boys were having a blast doing backflips and somersaults into the (shallow) sea

The remains of the old Mosques and ancient architecture from Zanzibar’s ‘Spice Island’ days were stunning – it is definitely worth seeing if that’s what you’re into. Beach holiday – not so much, building appreciation – gorgeous! 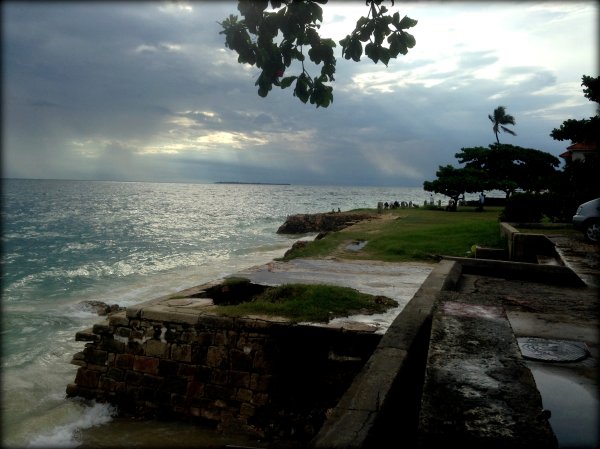 We got caught in an unexpected cloudburst, and this was the result once the rain had cleared

2 thoughts on “Africa Part 1: The Beach”

Follow @kendy13
So I’m not at the top of my game right now, but seeing where I was give me confidence that I can get back there - if I can do it once, I can do it again 😎