I shared with you the first few days of my Zimbabwe/Victoria Falls trip. What follows is the remainder of that beyond-gorgeous experience. We really maximised our time there, and it was worth every minute of it.

Our second morning in Zimbabwe was an early one, a bitterly cold one that seemed to feel the need to prove that it was, in fact, winter. We were collected from the hotel and driven to a lovely boma where we awaited the arrival of another new form of transportation. 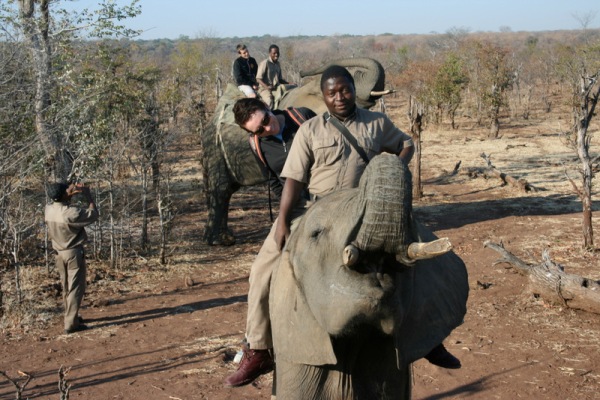 My mother dearest feeding her elephant

Riding an elephant was kind of like riding a horse, except the saddle was a lot less supportive: I constantly felt as though I was sliding uncomfortably close to the handler (called a Mahout) in front of me, so I got a really good inner thigh workout by trying to maintain my personal space-bubble. The elephants themselves were lovely, although a bit intimidating, particularly when they started to get a bit aggressive with one another. They were still very tame, however, and they were a pleasure to be around.

We got a really close up view of the inside of an elephant’s mouth, teeth and all when we feed them after the ride

After awarding the elephants some treat, we were served an unexpected breakfast of our own, which almost makes up for the excessive price tag of the once in a lifetime opportunity. It was really great, but certainly not the kind of thing you would be able to pay for on a regular basis.

Waiting for breakfast, which was accompanied by Mazoe, a popular juice concentrate

Granted, we were at a highly popular international tourist destination, but everything was really expensive! We had the option of bungee jumping or the bridge swing, but they were heavily priced, so we opted for the zip-line instead (definitely not because I was too scared to attempt them, because I’m not, obviously…). It was fun, but not as thrilling as the other two extreme sports undoubtedly were.

Zip lining above the Zambezi

We attempted to visit the market while we waited for a shuttle to collect us and take us back to the hotel, however we ended up at the wrong market. Take note: the market is in a well-established building with charming little shops that we only found after spending so long in the less-established market that our bus arrived before we could rectify our mistake. At least we were genuinely supporting local business.

We concluded our final day in Zimbabwe with a sunset Zambezi river cruise, complete with Gin and Tonics (to ward of the mosquitos) and some crocodile meat hidden in the platters that ensured I only ate the non-meat items – aint no way I’m having croc, I’m not that open-minded just yet… 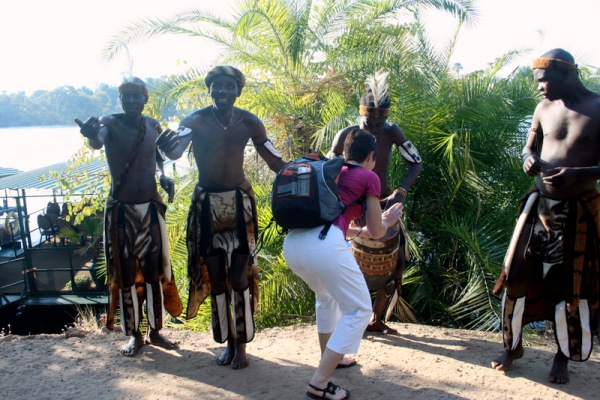 A charming welcome before boarding the boat

The hungry hungry hippo calls his friends. There ended up being about seven in this area eventually

Elephant on the banks of the island in the middle of the Zambezi. It had just been banging it’s head against the tree to get fruit

One thought on “Zim Spoils: Part 2”